At Instant Imprints we take pride of having a great network of franchisees. Professionals who are committed to deliver to the greatest standards possible. You can read some of their stories below:

Noel and his wife Karen have been part of the Instant Imprints system since October 2011. Noel is both the owner of an Instant Imprints Centre and the Area Franchisee for Atlantic Canada. Noel describes his business as a branding and image solutions provider helping businesses, groups and organizations increase their market visibility by developing branding solutions around their business and marketing plans.

Noel is a long standing and active member of Rotary, brings many years of executive level Sales and Marketing experience to the brand with a background in multiple industry segments. Karen brings years of customer support & service along with design and front line retail experience. Karen and Noel spend much (some would say all) of their free time coaching hockey, volunteering and when time allows, sailing. Having been blessed with three successful children, they are on the verge of becoming "Empty Nesters" only to figure out what to do with the "extra" free time. 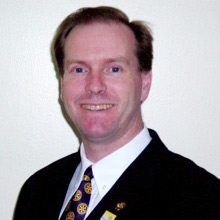 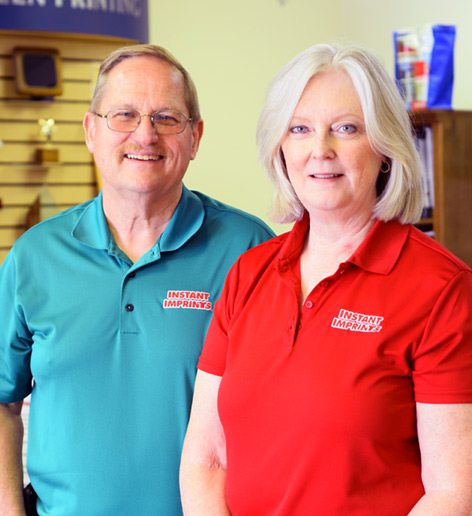 Glen and Susie say that they always looked forward to being together in a business one day. Glen spent 40 years in the supermarket industry as a store manager, district manager and eventually, area vice president. Susie had a career as a realtor. They worked hard at those careers so they could end up working together in their Instant Imprints franchise, which they opened March 2008.

Dan has been part of the Instant Imprints family for 11 years. He originally started as a manager of the store and when it was available for sale, he jumped at the chance to buy it. Dan enjoys graphic design and designing custom t-shirts.

He loves having a store in his community that everyone can have all their marketing done in one place. Dan likes giving back by sponsoring different organizations around his community.

In his free time, he enjoys photography. Dan’s favorite quote is “A winner never quits and a quitter never wins” - Napoleon Hill. 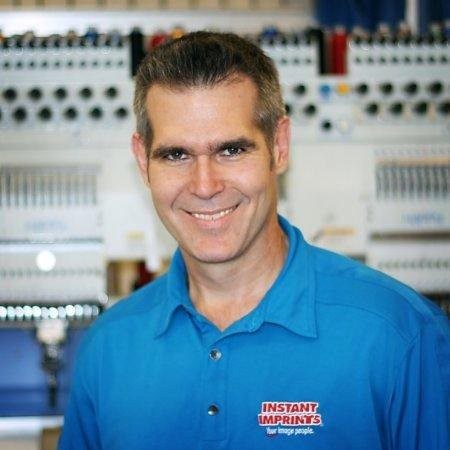 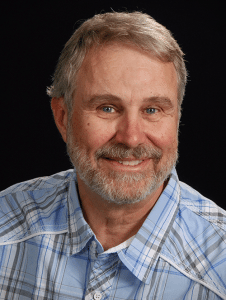 Richard has a degree in engineering from the Colorado School of Mines, and has over 22 years’ experience as a multiple unit operator for The UPS Store. He has also served four years on the National Advertising Committee as an advisor overseeing the national print and media advertising for the 4000+ The UPS Store franchisees.

In the last few years, Richard has sold his UPS Stores and is looking to use his franchise expertise to help another franchise system grow. He is eager to learn all there is to know about Instant Imprints and be a part of a network of partners. Richard joined Instant Imprints in 2016 as the Area Franchisee for Colorado.

“I visited Instant Imprints and liked what I saw, but, I already experienced being a franchise owner. I wanted to be an Area Developer for my state of Colorado. I liked the concept of a business that helps to promote other businesses.” Also, as an Area Developer and a former franchise owner, I’ve ‘been there done that’ in all capacities and I’m in the position to support Instant Imprints franchisees tapping into my past experience.”

Brian started with Instant Imprints in 2007. He was drawn to the business by the diversity of offerings and the opportunity to help clients out on many levels.

He works with his customers to increase the visibility of their business and is part of a Rotary group that is involved in many community organizations. Being a small business owner himself, Brian is able to understand his client’s needs.
In his free time, Brian is a triathlete and swim coach.

Favorite quote: "Things may come to those who wait, but only what's left by those who hustle" - Abraham Lincoln 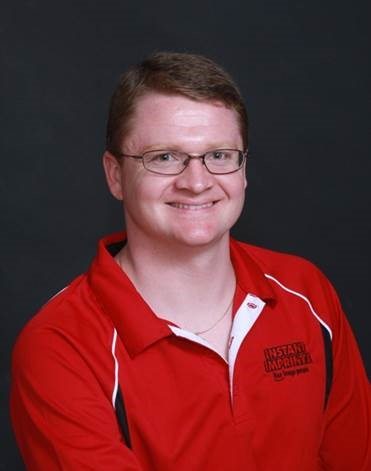 FRANCHISE WITH US
Learn More
Fill out our online form for more information about owning an Instant Imprints® franchise!

We provide quality embroidery services on practically anything you can imagine. Our centers have state-of-the-art embroidery machines to provide you with anything from individual personalization to thousands of pieces. You can count on us to make your brand more visible.

Big or small, fancy and fast.

With wide format and digital printing equipment, our centers can produce nearly any sign, banner or display a business or organization may require, including retractable banner stands, A-frames, tradeshow booths and much more. For permanent or temporary use, indoors or out.

Personalized shirts with your logo or design.

We create t-shirts with custom designs using the latest technologies in direct to garment, heat transfers, lettering and screen printing which allows for maximum flexibility with order size and a fast turnaround to customize each order.

Items that stand out and are remembered.

There is no shortage of ways to promote your business. From branded pens to drinkware to flashlights, there are endless options at your disposal. Talk to us about finding the right solution for you and your customers.

Effectively communicate with ink and paper.

Let us help you create the printed materials that will promote both your brand and your message. Customized brochures, flyers, business cards, postcards, manuals, mailers and more designed to make you more visible to your customers.