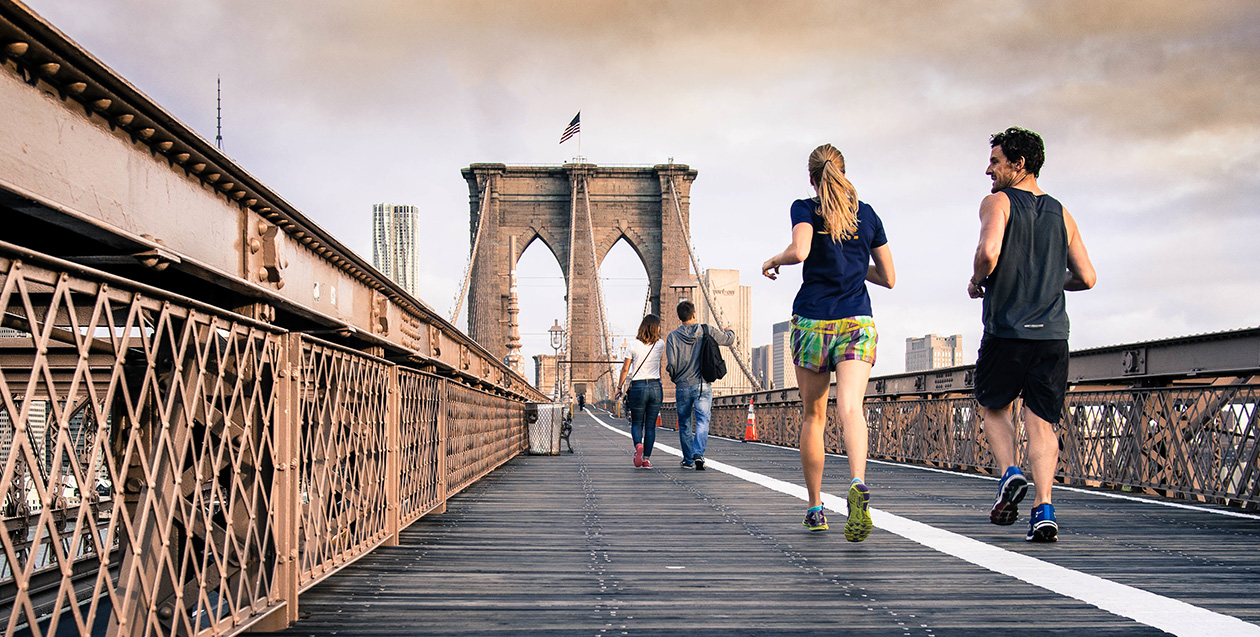 Every January, I map out a few things that I want to accomplish in that year. I call them my Objectives. Essentially they’re New Year’s resolutions but, unlike resolutions, I find that I can achieve most of my Objectives year after year. Like most people, I used to struggle to finish most of what I set out to do. After a little trial and error, I found a system that worked for me—one which took a lot of planning and a shift in mentality.

If you’re struggling with following through on your resolutions, going through the following steps could help you complete them.

The first thing we ask everyone after the clock strikes twelve on New Year’s Eve and the excitement dies down is “So, what’s your New Year’s resolution?” And we start talking about all the things we’re going to accomplish in the next year.

The common misconception for many years has been that talking about your goals gives you accountability. By telling other people, we’re committing ourselves to our task.

The work of Peter Gollwitzer and other scientists have disproven that fact. Talking about our goals, or the social reality, doesn’t improve our productivity, it makes us avoid work.

That’s because we associate praise and attention with completing a task. So when we talk about it and others notice, our brain tricks us into thinking we’ve already done it.

In several studies, Gollwitzer and his teams split people into two groups. One group that open stated their goals and one that didn’t. They found, time and time again, that the group that openly talked about their goals performed poorly and felt like they were closer to achieving them than they actually were.

There are also theories that sharing your goals with others can give you a dopamine boost—the same boost that we’d get once we finished the task. Unfortunately, we’re  geared towards instant rather than delayed gratification. We choose to talk about our goals to feel better rather than actually acting on them.

Whatever the theory, talking about your resolutions is actually hurting you and preventing you from accomplishing them. So zip those lips and get focus on doing rather than talking.

Putting together a guide that will help you achieve your Objectives gives you the framework for fulfilling them.

At the start of 2016, I set myself the goal of reading 15 books. A modest target but something that could have easily gone undone. So these are the steps I set out:

It was a few simple steps but did I achieve my goal? Yes. I read a total of 32 books in 2016—a handful of which were upwards of 400 pages and would have normally taken me months to get through.

But it wasn’t just the guide. I used a simple trick to motivate me. I kept a list of the books I read. As I finished a new book, I went back to my Objectives and added it to the list. This simple act of keeping score made me addicted to reading. I just wanted to keep going back to add to it. Strangely, it also pushed me to read faster.

Another thing I did was to buy myself a Kobo. Not only did I save money on buying digital books, but it gave me a way to track my progress. Every time I pull my eReader out, there’s a percentage at the bottom of the screen showing me how much of a book I’ve read.

Tricking your mind into competing with itself is a great way to make quick progress with goal-based resolutions.

This can be applied to anything. If your Objective is to quit smoking, write down how many cigarettes you smoke a week. Going cold turkey might not work but if you keep track, you end up competing with yourself to smoke less and less. Before you know it that number will be at zero.

Make it a habit

According to the book, The Power of Habit, which covers hundreds of studies and research done by psychologists, there is a way to program habits into your brain. It’s all about using a system of cues, routines and rewards to build good habits and reverse bad ones.

A cue is something in your environment that triggers the behaviour you want to create. If you want to go for a morning jog, your cue might be something as simple as putting your shoes on before you get your coffee. The running itself then becomes a routine. Then, reward yourself with a good breakfast for a job well done. Even the endorphin high you get from exercise can be reward enough.

Over the course of time, you’ll find that your brain automatically associates certain cues (putting your shoes on) with the habit that you want to program (running).

To use an example of how to form a habit, take a page from Jerry Seinfeld. It’s habit that allows him to be as good a comedian as he is. He ensures that he writes jokes every single day with a very simple productivity tip. Seinfeld hangs a big calendar on his wall and put a cross for every day that he writes. Seeing the string of crosses could visually satisfy anyone and missing out on a day could feel devastating.

Using the formula from above: his cue is the calendar, the routine is to write jokes and his reward is the satisfaction of keeping the chain going.

This very quickly develops into a habit where the craving for reward becomes the basis of our motivation to keep writing.

Unfortunately, our minds can’t separate good habits from bad ones and so bad habits have the same cues, routines and rewards. In The Power of Habit, Charles Duhigg suggests replacing your regular cues with new routines.

To do that needs a little bit of self-awareness. You need to know what the cues for your bad habits are. One of the stories in the book talks about a student named Mandy. Mandy was a compulsive nail biter. She would bite her nails so badly that she damaged the nerve endings on her fingers.

A psychologist decided to help. He dug down into the habit and found out that it was boredom that caused her to bite her nails. She would start with one and then feel the need to do the rest. Completion became her reward.

If your Objective for 2017 is to change a bad habit, then you need to really think about what your cues are. What’s driving your habit? Then, when you feel the cue coming, replace it with something new. The habit will get replaced over time. It’s a daunting task if you look at quitting altogether, but breaking it down into these smaller actions can speed up the process and help you commit to your change.

Starting something new can be daunting. That fear is what creates procrastination. The nature of New Year’s resolutions means that you’re usually doing something completely out of your comfort zone. So we put it off. Before you know it, it’s December again and you don’t know what happened to your resolutions.

At a larger scale, this is because our egos hold us back from feeling like beginners. Keep an open mind if your resolution is skill-based. Remember that everyone had to start somewhere. Nothing is going to happen overnight. It takes months or in most cases, years, to really become good at something.

The easiest way to get over the fear of starting is to start. Even the best public speakers get nerves before a big presentation. Once they start, all that melts away and they get caught up in the flow of the moment. Starting anything can be similar. You might not want to wake up early to head to the gym but once you’re on the drive there, that feeling of procrastination is gone.

Sticking to your New Year’s resolutions might be a tough ask. If you follow the steps outlined in this post though, you’ll be well on your way to achieving your Objectives.

View all posts by: Saurabh Ananth